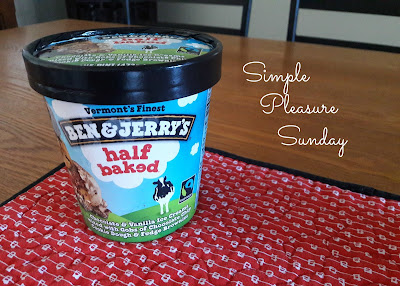 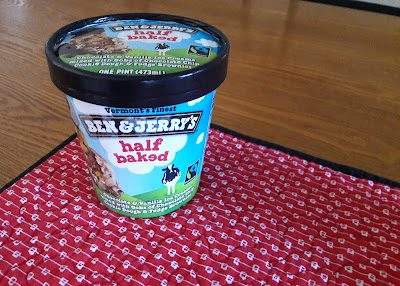 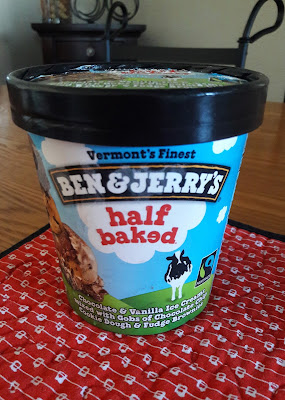 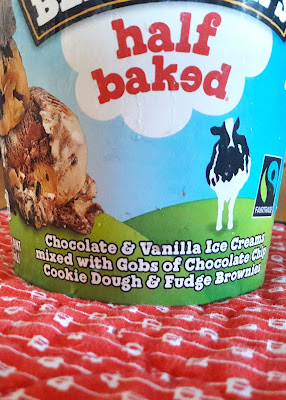 Half Baked is decadent and delicious. This brand does it well. I have tried this concept from one from the Target brands, but I didn't love it since it didn't include a lot of the pieces of dough and batter. I really love the Ben & Jerry's product.

An occasional treat, I only buy it every once in a while. I bought it on sale at the end of January, but saved it to eat during the first week of February, a small way to sheer myself up during my difficult No Spend Month challenge. I was going to take pictures for this blog post, but sometimes, this frozen treat loaded with all its goodness doesn't scoop well enough for its closeup.

Wednesday morning, I was diagnosed with the flu (despite having had a flu shot, I still got Influenza A) and when I was picking up my prescription of Tamiflu at my local grocery store's pharmacy, my mom gave some money and insisted that I buy what I both wanted and needed. I purchased three cans of chicken rotini soup, a small box of tissues, a 2 liter bottle of caffeine-free coke, a loaf of bread, and a pint of Ben & Jerry's Half Baked ice cream. After my severe symptoms subsided and I started to feel better, I savored my ice cream. It was a nice treat after a not so nice couple of days. I like to serve it in a small ramekin from Crate & Barrel. 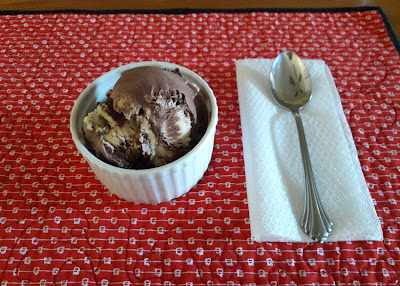 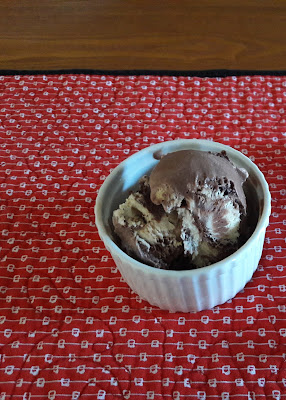 What is your favorite ice cream?

P.S.- Inspired by something Fiona said in her book Financially Chic, I bought a box of tissues to have at home in January. When they ran out at the end of the month, I kept the empty box. I thought if I was sick, I had heard that you could put your used tissues in there, then they wouldn't be all over if a trash can wasn't nearby. As a minimalist, I usually don't save things "just in case." Plus, I was always ill as a kid, but rarely am as an adult. When the flu shockingly hit me, I was so glad I kept this box as a used tissue receptable on my nightstand those first two tough days. So convenient. I wanted to share this idea with you and snapped a picture of the boxes on my desk right before I pitched the purple box into the trash. 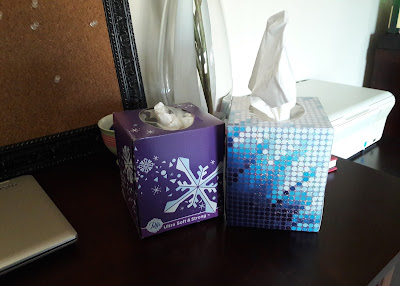 Today is Day 5 of the saga and I feel so much better. I'm not back to normal yet, but I plan to dive into blogging tomorrow. I want to publish posts on my No Spend Month this week. Thank you for your patience. Stay tuned!