I was playing around on my phone yesterday afternoon, scrolling through The Simply Luxurious Life's Simple Pleasures Pinterest board. Shannon calls each one a Petit Plaisir though. When I discovered that a film she savored was set in Paris, I planned to rent Last Love on Amazon Instant Video that evening. And I did enjoy viewing it Saturday night. 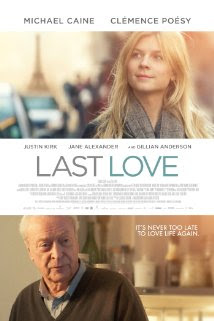 With the recent attacks, my social media feeds are filled with Parisian and French images. I actually took a small social media break on Friday. Going without facebook, Pinterest, and Instagram for about thirty hours as well as not owning a TV, I probably missed many posts and a lot of the coverage. Still, my thoughts are often there, in that beauty of a city. My heart breaks for the people of Paris, as well as for all the victims of this terrible tragedy. #prayforparis #peaceforparis 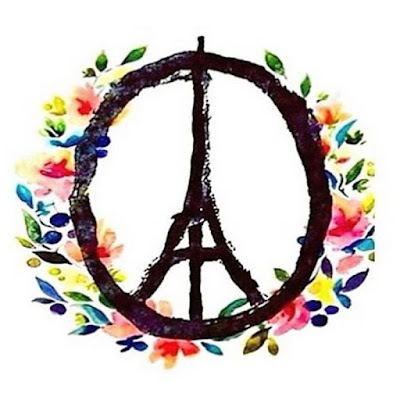 I liked Last Love, but I can see how not everyone would. This drama focuses upon an elderly gentleman named Matthew Morgan, played by Michael Caine, who lost his wife a few years ago. She was everything to him. Becoming rather reclusive and not trying new things, he sure wasn't taking it well. Even though he met with a language partner regularly, he pretty much refused to speak French while living in Paris. A retired philosophy professor from Princeton, he was well-to-do and his apartment was absolutely stunning. As was the Parisian background! The film was beautifully photographed. One day, he meets a young Parisian woman named Pauline, played by Clémence Poésy, who happens to speak English fluently, teaches dance, and craves the family she no longer has. Becoming friends, their unlikely connection is life-changing. Not only about friendship, the story is about family. His relationships with his son and daughter are dysfunctional and Pauline throws herself in the middle of the mess between Matthew and his son Miles. Overall, this film moves along slowly. To me, it's real rather than boring. You do care about the characters because they are so well-developed plus the acting is wonderful. It's incredibly emotional. I didn't care for the ending, which contrasted with the whole rest of the movie. It was quick and (a little mysterious but) neat. Nonetheless, I do recommend this foreign film.