Simple Pleasure Sunday: Seeing a Movie in a Theater

I love to escape into a good book, and so I often find the following to be true... 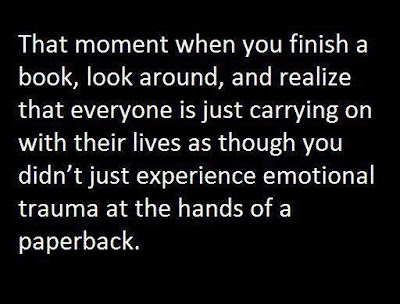 This also happens to me after seeing a good movie. I especially felt this way after having exited a movie theater when I was growing up. I wanted quiet time to process every detail, both little and big, before even thinking about or doing anything else. I was motivated by the movie's lessons in life and love. Also, the fashion would inspire me to emulate a certain style or add a specific item, a skirt similar to one the main character wore for example, to my closet. Decades later, I am just articulating this feeling now! Even though I have a vivid imagination and can bring a book to life, a movie has a big impact on me. Probably since I studied art history for years and I am always seeking beauty, I am such a visual person. I love movies, almost as much as I do books.

However, because I strive to live below my means, I don't go out to the movies often. Before this week, I believe that the last time I sat in a movie theater was when E took me to see Guardians of the Galaxy probably during August 2014. I should note that both times, I was treated and am thankful. Going to the movie theater is expensive, in the neighborhood of $10 a ticket. Instead, I usually watch movies on my laptop or Kindle at home or on a TV at a friend's or family member's. With my Amazon Prime membership, I could possibly stream it for free. The theater's big screen is definitely an improvement in the viewing experience. Plus, it's nice that it's necessary to turn off my phone. Eliminating that distraction, I can simply enjoy my time. The novelty of the experience for me makes it special as well.

Last Monday, my mom took me to a matinee of The Intern. I wanted to see this movie since it was directed by Nancy Meyers, whose work I adore. I love her character development, especially how she often highlights a strong woman! Since I don't own a TV, I don't usually catch movie trailers. I discovered this film from Shannon of the blog The Simply Luxurious Life who wrote about wanting to see it. Shannon's right, I adore the meticulous settings this director uses in her work. My favorite Nancy Meyers film is The Holiday and I love the homes the main characters exchange at Christmas. 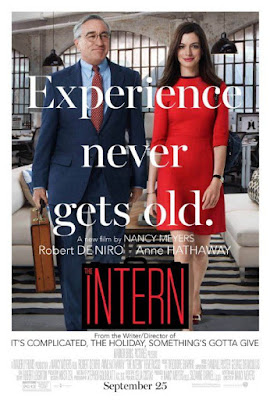 The Intern is about Robert De Niro's character Ben Whittaker who can't face retirement and scores an internship at a clothing store website called About The Fit founded and run by young Jules Ostin who is played by Anne Hathaway. I thoroughly enjoyed the film. First, the acting is wonderful. I love Anne Hathaway in this. Plus, their chemistry is truly fantastic. Some of their conversations about life are touching. It wasn't strictly about their differences; they actually worked together and truly needed one another as friends. The director shows that they respected one another so highly to set the tone as a 'feel-good' comedy. Above all, I was quite taken by Robert De Niro's old-fashioned gentlemanly charm. This is the highlight of the film for me. It is a comedy, and it's funny. Even though it kept my interest throughout, I can't see it doing so for every viewer however. Going in, I knew that this comedy was two hours and predicted that it was going to be a little too long. Its pace was definitely not quick. Since I loved the movie so much, it's hard for me to say it should be shortened, but, really, it should have been about an hour and a half. Like I said, I love movies, especially ones by Nancy Meyers, so, personally, I reveled in every minute of those two hours. Nonetheless, I do recommend it. I think it is worth the price of a movie ticket or whatever and that you would enjoy seeing it once (maybe twice).