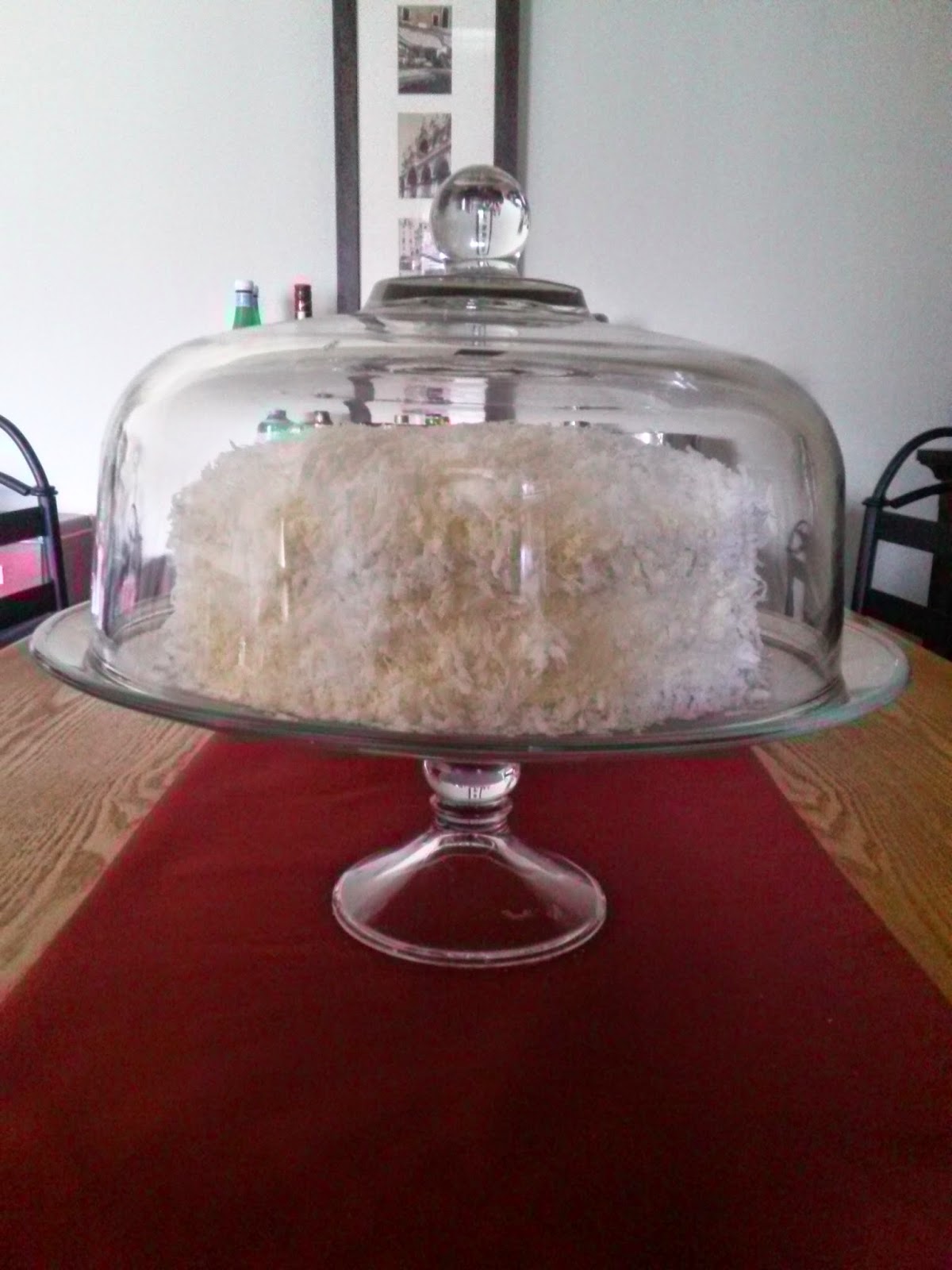 I hesitate to include this coconut cake as a new recipe because I used boxed cake mix and canned frosting. But, had I not been trying to branch out, I probably wouldn't have made it on my own. Trying new recipes was also a good excuse to properly outfit my kitchen and this was no different as I purchased two sturdy 9-inch round pans by Wilton for the two layers. And it was truly the first time I topped a layer cake with shredded coconut. 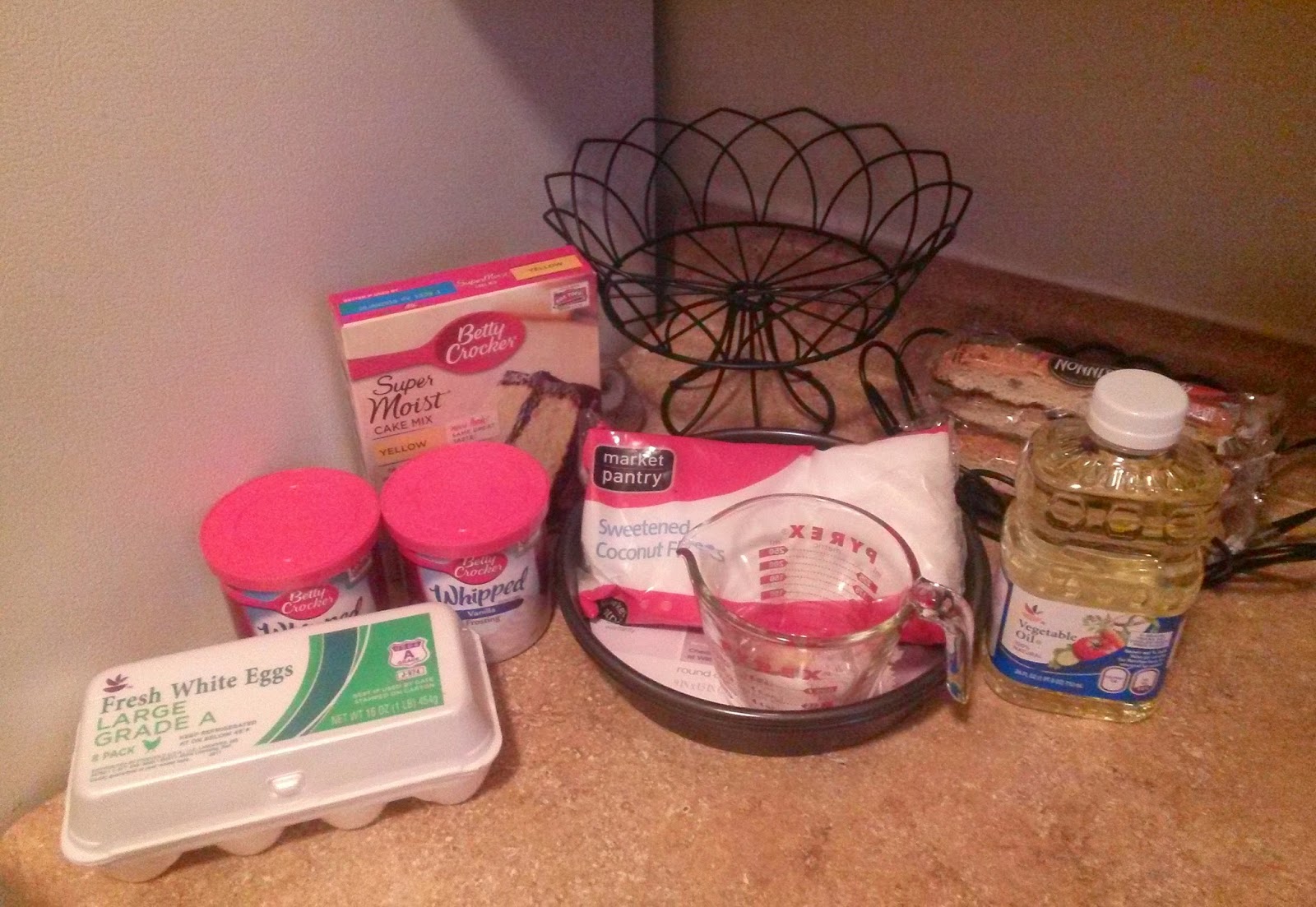 I actually made this favorite non-chocolate dessert of mine twice, first on Thursday, March 12th (I needed shortcuts on a weeknight!) and then on Easter Sunday morning to contribute to the dessert table. My mother and I share a love for this particular cake and I was happy to share it.

Even though I love a frosted cake much more, living alone, I rarely make one or even cupcakes, instead opting to prepare other desserts such as chocolate chip cookies, brownies and their brilliant combination brookies since the leftovers are easier and far less messy to store. Both baking and frosting refreshed my memory of what to do so I can take it a couple of steps further, starting from scratch, next time.

Both cakes turned out well. Delicious. The layers were more even on the second try. I also preferred the second attempt's delicious buttercream frosting despite it being a cream color rather than white to my first try's white vanilla variation. 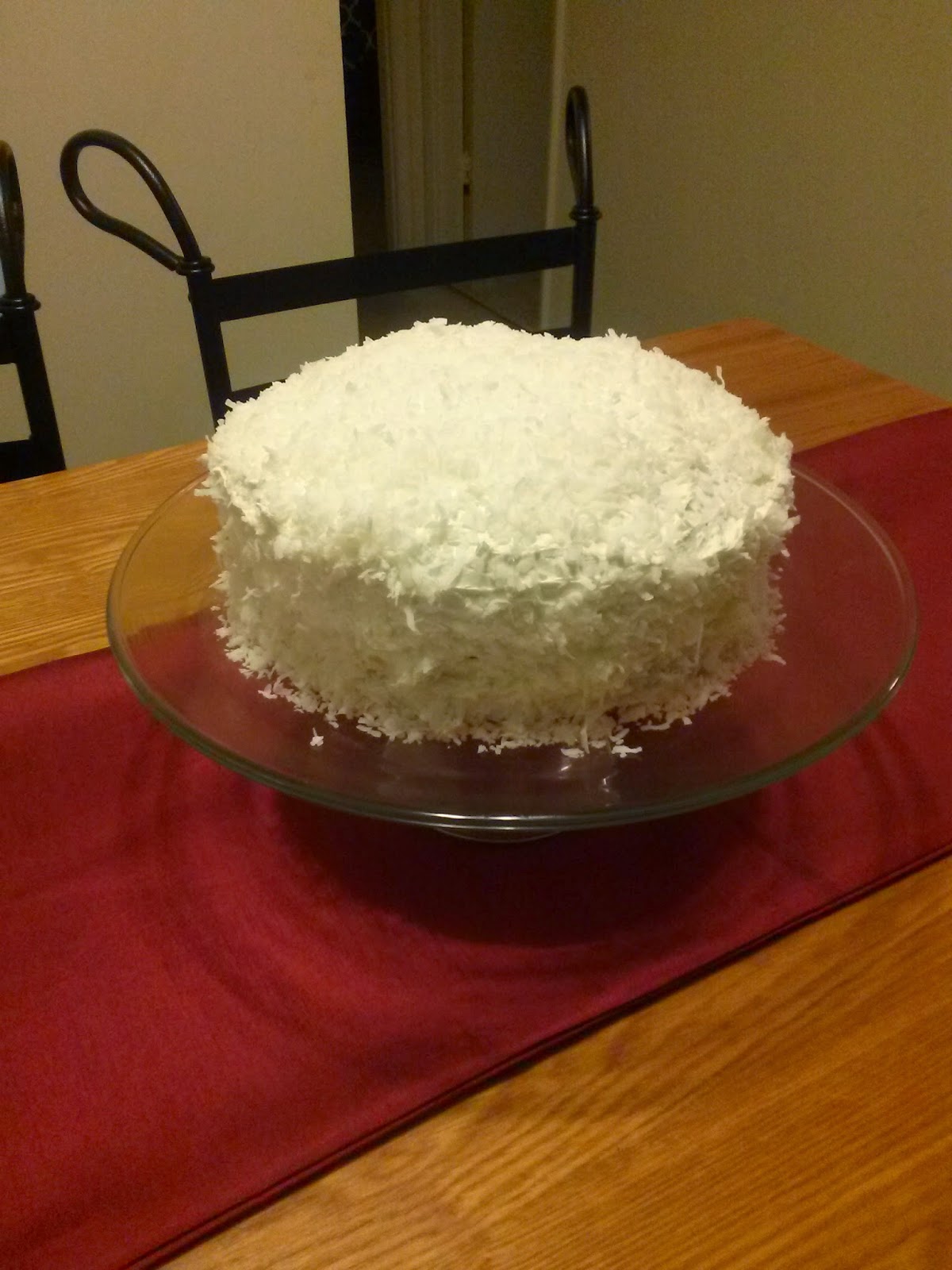 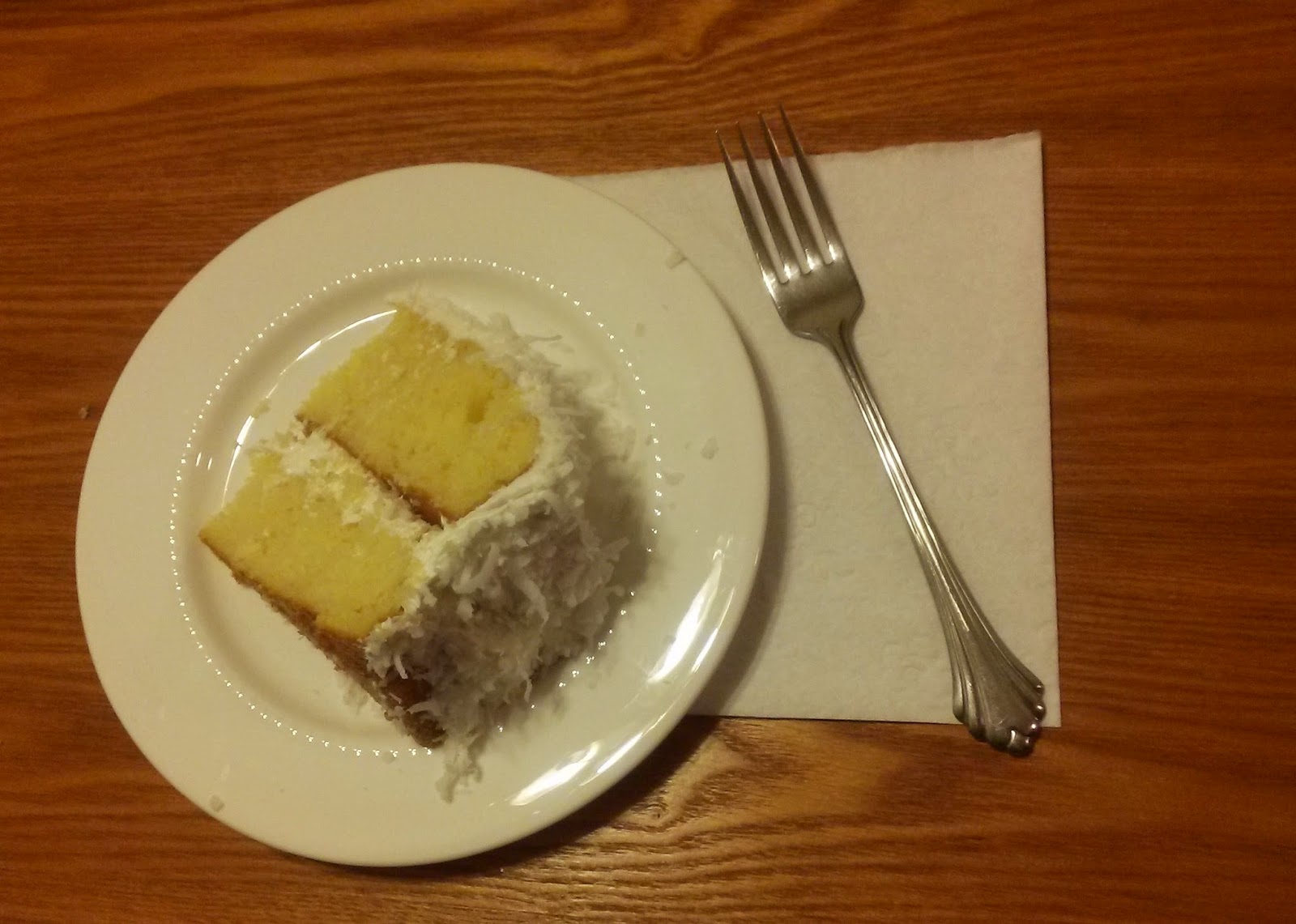 Instructions:
1. Preheat oven according to package directions.
2. Make cake batter according to package directions.
3. Pour batter into two pans evenly.
4. Tap filled pans on the counter to remove air bubbles and flatten a tiny bit more.
5. Bake according to package directions.
6. Cool.
7. Flip cake upside down and bang on underside of pan a couple of times to release cake.
8. Center on a cake plate.
9. Line a cup with an open Ziploc bag. Scoop frosting into the Ziploc bag and seal.
10. Cut a small lower corner off.
11. Squeeze and pipe frosting onto the top and side of one of the layers. Smooth with a knife.
12. Sprinkle and pat in coconut to the sides and top.
13. Position the second layer on top.
14. Repeat steps #11 and 12. Make sure to pipe frosting into crease where two cakes meet.
15. Clean up loose coconut from cake plate and serve.

In the future, I plan to make both the cake and buttercream frosting from scratch. ...maybe during the longer days of summer. I would love coconut cake to be a specialty of mine, even a tradition made every Easter...