The Friday before last, I discovered that a romantic comedy starring the reigning king of romantic comedies Hugh Grant was recently released on DVD! Why didn't anyone tell me?! It's called The Rewrite. I found it as a recommendation in the blog series This and That at The Simply Luxurious Life. I actually rented and viewed it on my Kindle that evening. It was good, not great; I enjoyed watching it. 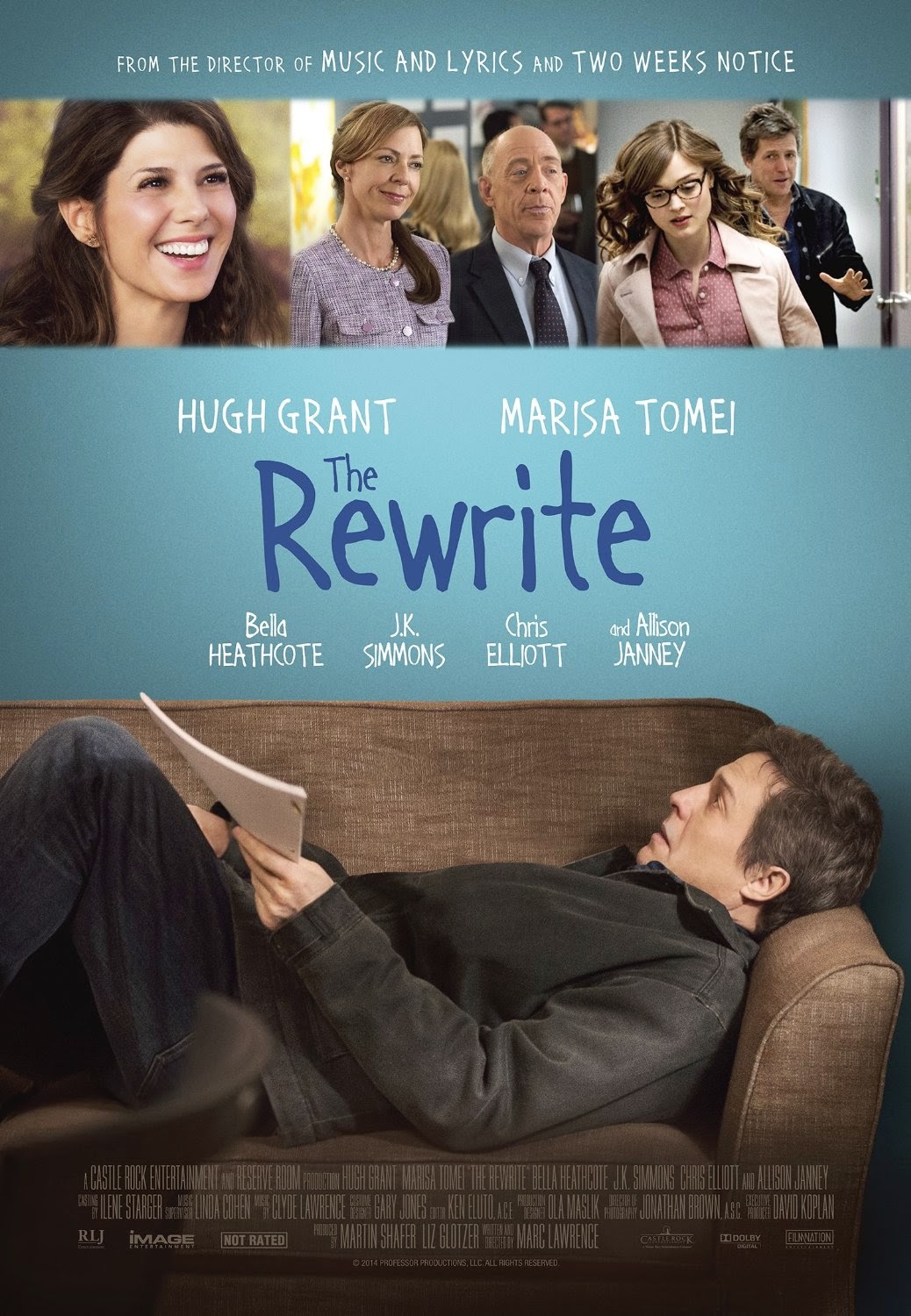 Hugh Grant is a screenwriter that is unable to get work, so he takes a job as a professor in a small town across the country. He teaches a single screenwriting class. His character is a sleazy guy who sleeps with a student and at first tries to be as lazy as possible, which, of course, gets him into a lot of trouble. He's good in that role. His students eventually inspire him to teach, even leading him to help one of them score a Hollywood deal. He falls for a single mom who is another one of his students, played by Marisa Tomei. Her help marks a turning point for him. The story isn't the best, but the performances help this movie. I adore Hugh Grant and Marisa Tomei.