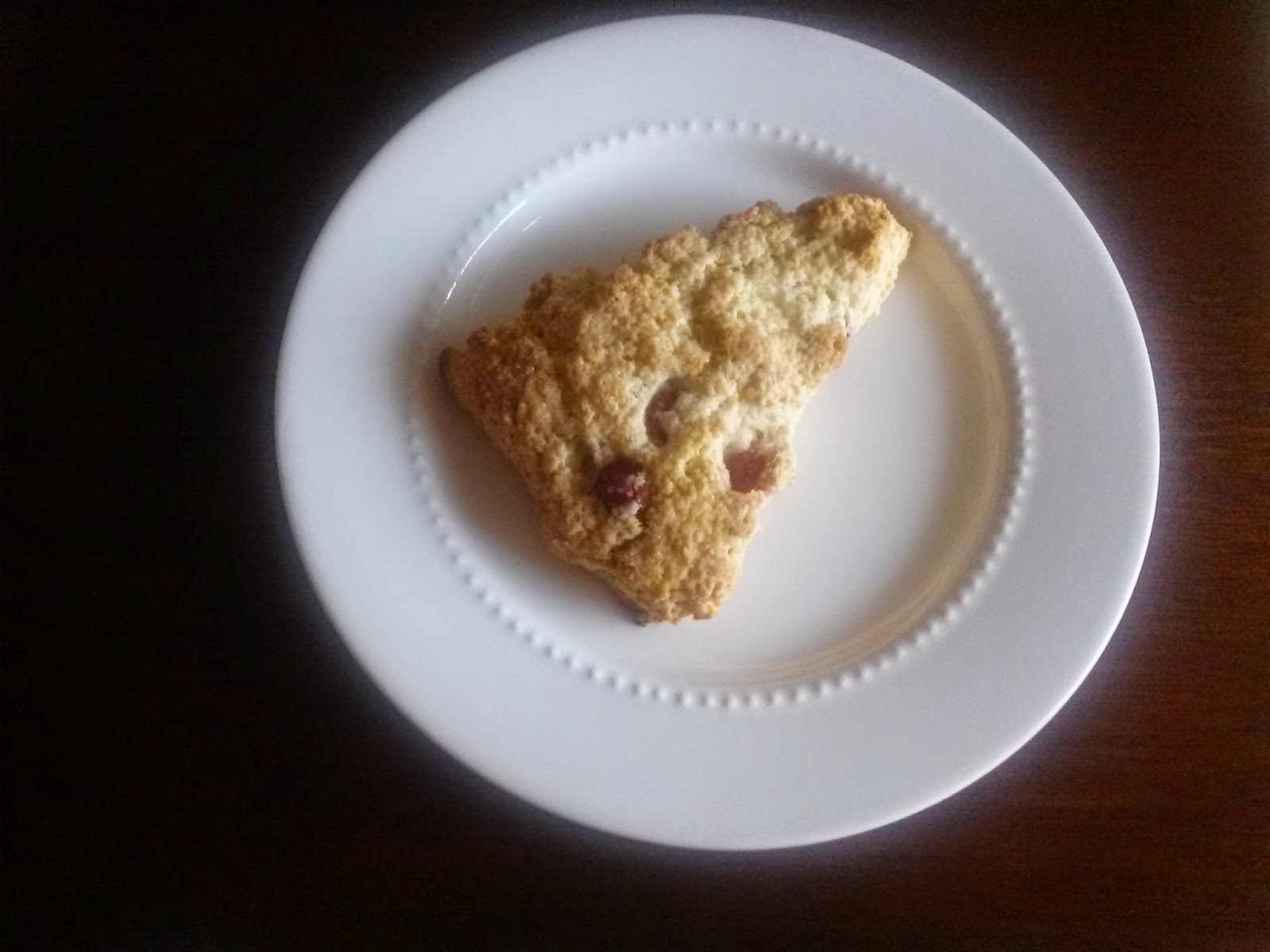 Back on Monday, December 15th, I made another new recipe, cranberry scones. I selected this particular dish since cranberries had just been in season. Every once in awhile, I will make cranberry-orange muffins from the box for breakfast. Even though it was my first time preparing any kind of scone, they looked like they were supposed to and turned out in general. However, like the other recipes I have tried, I want to tweak this one too. Instead of brushing half-and-half on top and then sprinkling with sugar prior to baking, I think I might bake them and then sift confectionery sugar on top as I predict it would add more sweetness which would appeal to my big sweet tooth. My boss enjoyed one and suggested a glaze. I kneaded, shaped and sliced the dough on my new French Kitchen marble pastry slab from Crate & Barrel (that I ordered with a couple discounts for Christmas baking but it arrived in time for this recipe). 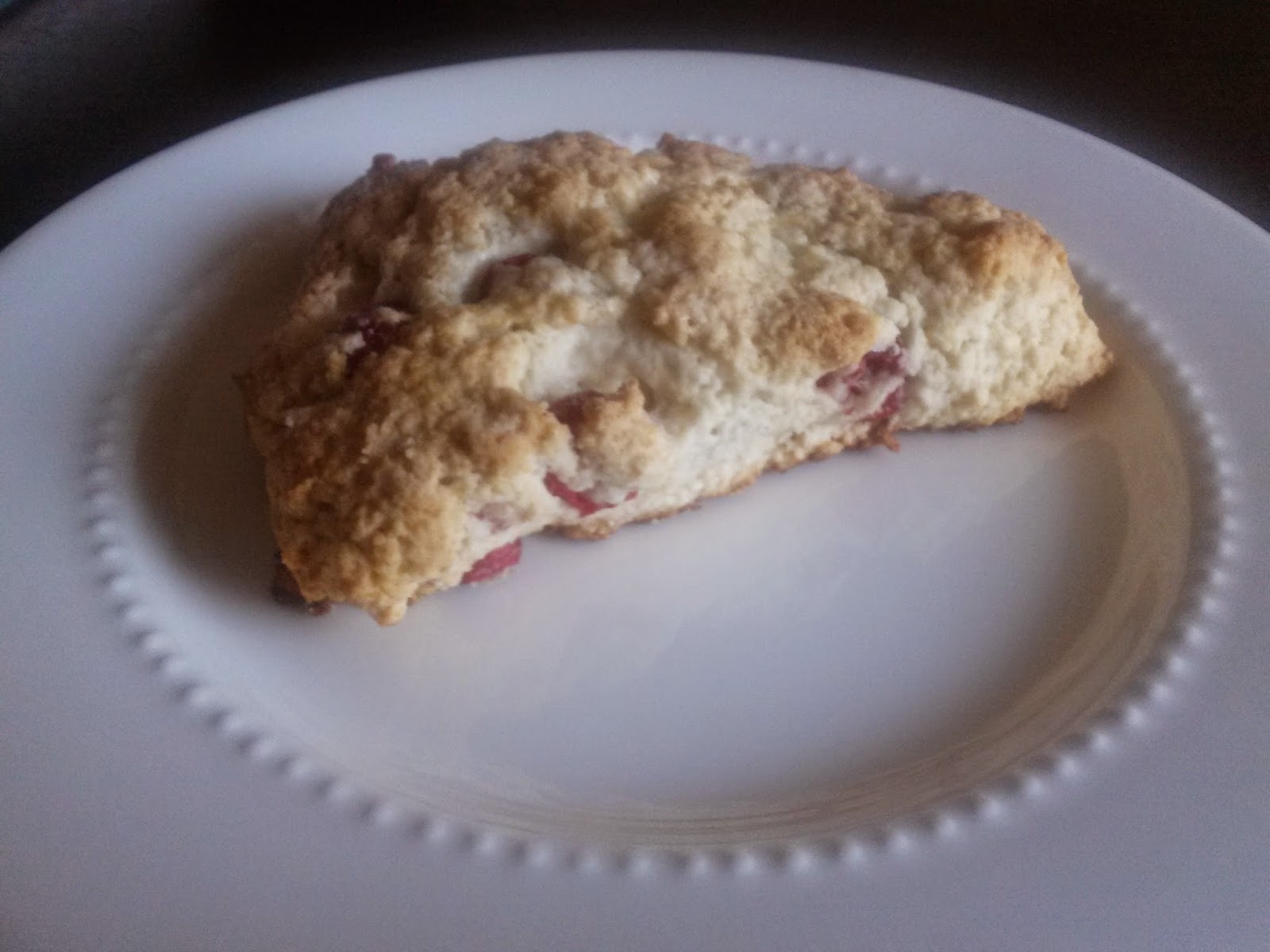 I used this recipe here from Martha Stewart. I usually enjoyed a slice with a couple of cups of sweetened espresso or a cup of sweetened black tea either in the morning or afternoon.

I look forward to making it again next autumn as cranberries are in season mid-September through mid-November in North America.