I value simplicity, so I keep my home decluttered. 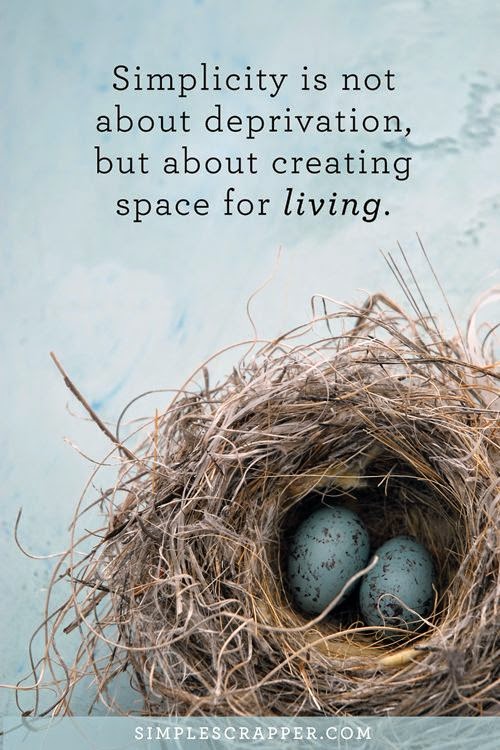 I like living with only what I love, need and actually use. 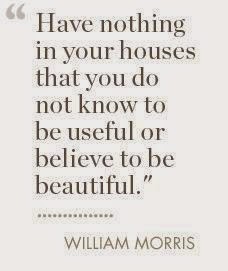 Fiona of the blog How to be Chic challenged herself to get rid of 100 Things over seven weeks or so before Christmas. She invited her readers to join her. Since I am already fairly decluttered and even though I'm very optimistic, I was doubtful that I could hit 100. Nonetheless, I kept trying and posting my little list of items as a blog comment each week. At Christmas, I hit 80.

Over the last two days, inspired by the energy of the new year for a fresh start, I spontaneously decided to push myself and finish the challenge. I actually decluttered 20 more items. I did it! ...100 things... If I can do this, anyone can.

I would love to move during 2015. So goal-oriented, I always want to feel like I'm working towards achieving a goal. Right now, I'm saving money. During December and January, however, that's incredibly slow-going since I do not earn as much commission in the winter and can hardly afford pasta this week. Things have been really picking up at work since Saturday and I am confident that I will be back on track with my Move Fund soon. So, this decluttering is something I can do to prepare in the meantime. Now, I certainly don't have to move as much. I won't be wasting energy carrying stuff that is unnecessary.

I copied and pasted each "100 Things Update" from my comments on Fiona's blog below:

November 22, 2014:
9. June/July edition of a magazine that I purchased on a trip and have read10. half-used tube of a facial mask since I have a new favorite and simply couldn't go back11. white vase with small opening I rarely use12. turquoise vinyl tablecloth with white quatrefoil print, still in plastic with $2.99 price tag13-15. three white camisoles that are worn out and recently replaced16. dark pink long-sleeve t-shirt weight hoodie. I primarily incorporate exercise into my daily life rather than working out in a gym, so I do not often wear work-out clothes. Also a snug fit, so cute but I never felt really comfortable.

November 28, 2014:
17. Nokia bar phone I purchased while studying abroad almost a decade ago. My current smartphone and service function internationally.18. inflatable travel hanger19. black polyester passport/travel wallet with velcro closure20. empty CoverGirl powder compact with mirror that I saved among my travel items21. Santa and snowflake-themed box22. empty cookie tin saved from last year23. sealed original Chapstick that was part of a larger gift from Christmas 201324. Venus refillable razor handle because I am buying the much cheaper store-brand disposable razors now which work well enough that I will not go back.

December 1, 2014:
25. Glade plug-in
26. red kiddie star sunglasses27. LL Bean travel alarm clock with broken cover/stand28. luggage tag that was a gift29. empty photo album that was a gift30. pair of kitchen curtains that was a gift. I only used the valance and rod.31. pair of silver earrings32. dying azalea plant

December 6, 2014:
33-51. 18 knives and 1 fork that sit in a drawer unused; all hand-me-downs52-55. 4 bed pillows that I just replaced. It's advised to replace them every few years and it was time, as one even had a ripped seam. One in, one out. I have storage space for a couple for company, but decided against it.


December 16, 2014:
56. a light lavender scarf that I gave to my mother. It will go with her new charcoal gray winter coat well. I prefer more vibrant colors over pastel ones anyway. I now have ten scarves tied neatly onto two five-spot hangers.57-59. three pairs white ankle socks past their prime

December 20, 2015:
60. a pink shirt that has a faint stain I have been unable to get out. It's simply no longer nice enough to wear.
61-62. two pairs of earrings I don't wear much anymore. One has needed an easy repair for awhile now.63. a pair of pajama pants that were a gift

December 29, 2014:
64-65. two giant novelty wine glasses that were a gift this Christmas66. light up outdoor reindeer that was a gift a few Christmases ago67. Santa door draft blocker that was a gift a few Christmases ago68. mostly used old roll of Christmas gift wrap. It's time for a new pattern next year.69. half used notepad70. and matching pen71-72. two SD cards with little storage capacity. I do not even own a digital camera at the moment. Each likely came with a camera over the years.73. 3-tier bleacher-style stand. I bought it for the three rectangular plates which I kept. I only donated the stand I have never used.74-77. four bras of the wrong size78-80. three small drawstring bags I kept in my jewelry armoire that I never used even though I enjoy traveling. 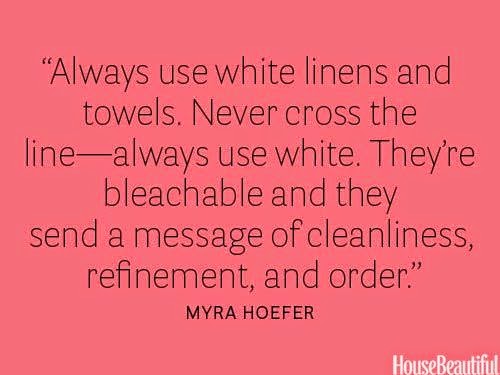 Merci, Fiona for inspiring me to declutter. I feel lighter.