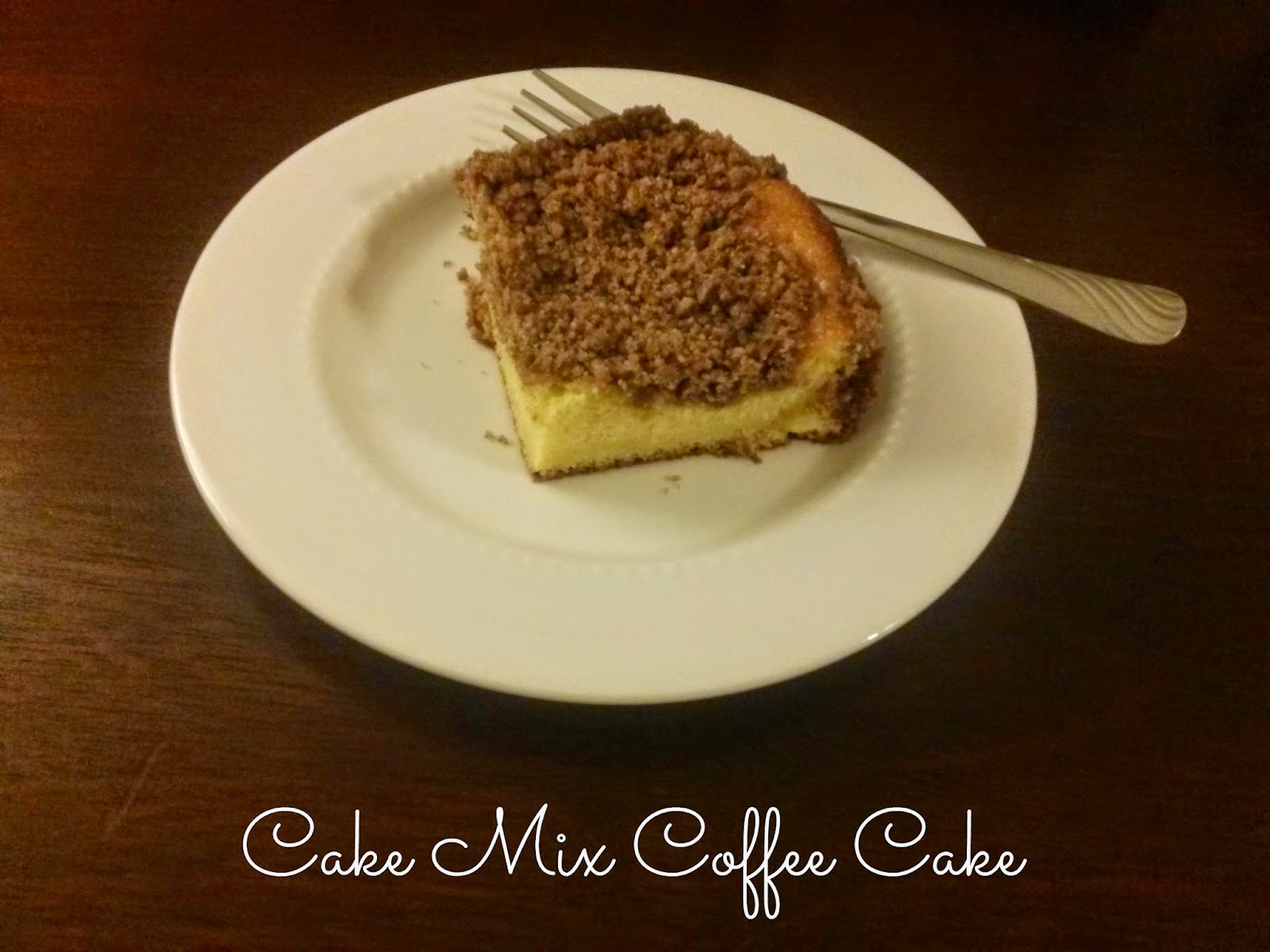 Ideally, I'd like to have homemade coffee cake as one of my options to serve when entertaining on a small scale. I think it'd be nice to accompany coffee or tea. Usually, I just keep Milano cookies around. So, in my attempt to step it up, I definitely installed a coffee cake recipe on my list of things to try (which you can read about here). I made it on Friday night.

This recipe from Favorite Family Recipes piqued my interest because it would be easier using a cake mix. Instead of following the package directions, the author adds different ingredients. Also, Erica instructs how to prepare the topping. She insists upon this dish's versatility, and in my attempt, I actually did not include the chopped walnuts even though I had them on hand, leftover from making chocolate walnut fudge for Thanksgiving. I didn't mix the topping into the batter, only laying it on top, like in this image... 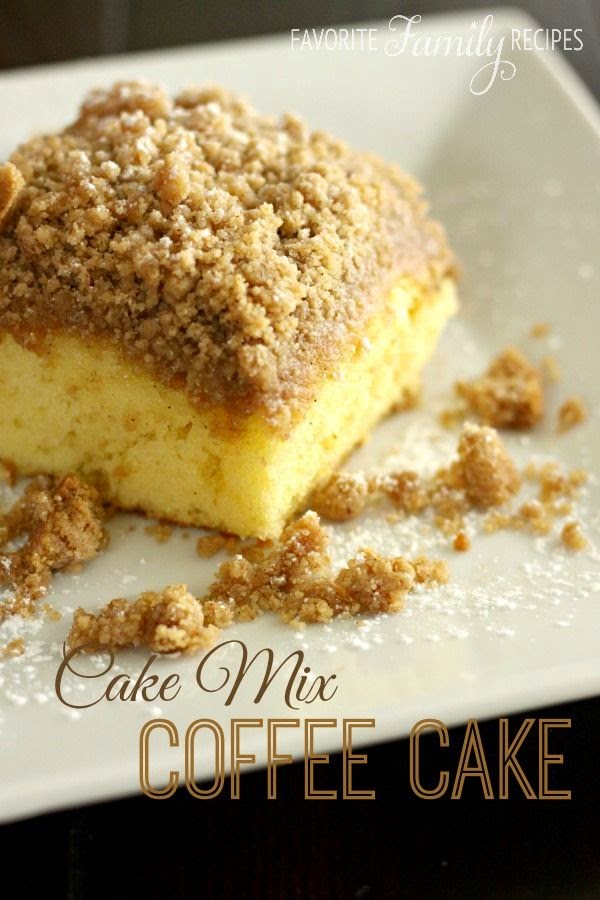 Anyway, the coffee cake tastes decent, but I don't like how the finished product looks. Instead of tweaking this particular recipe, I think I'll search for another and try that. The cake was incredibly moist, but didn't rise well under the weight of the topping. Even though the toothpick came out clean, perhaps it wasn't completely done... I'm unsure. 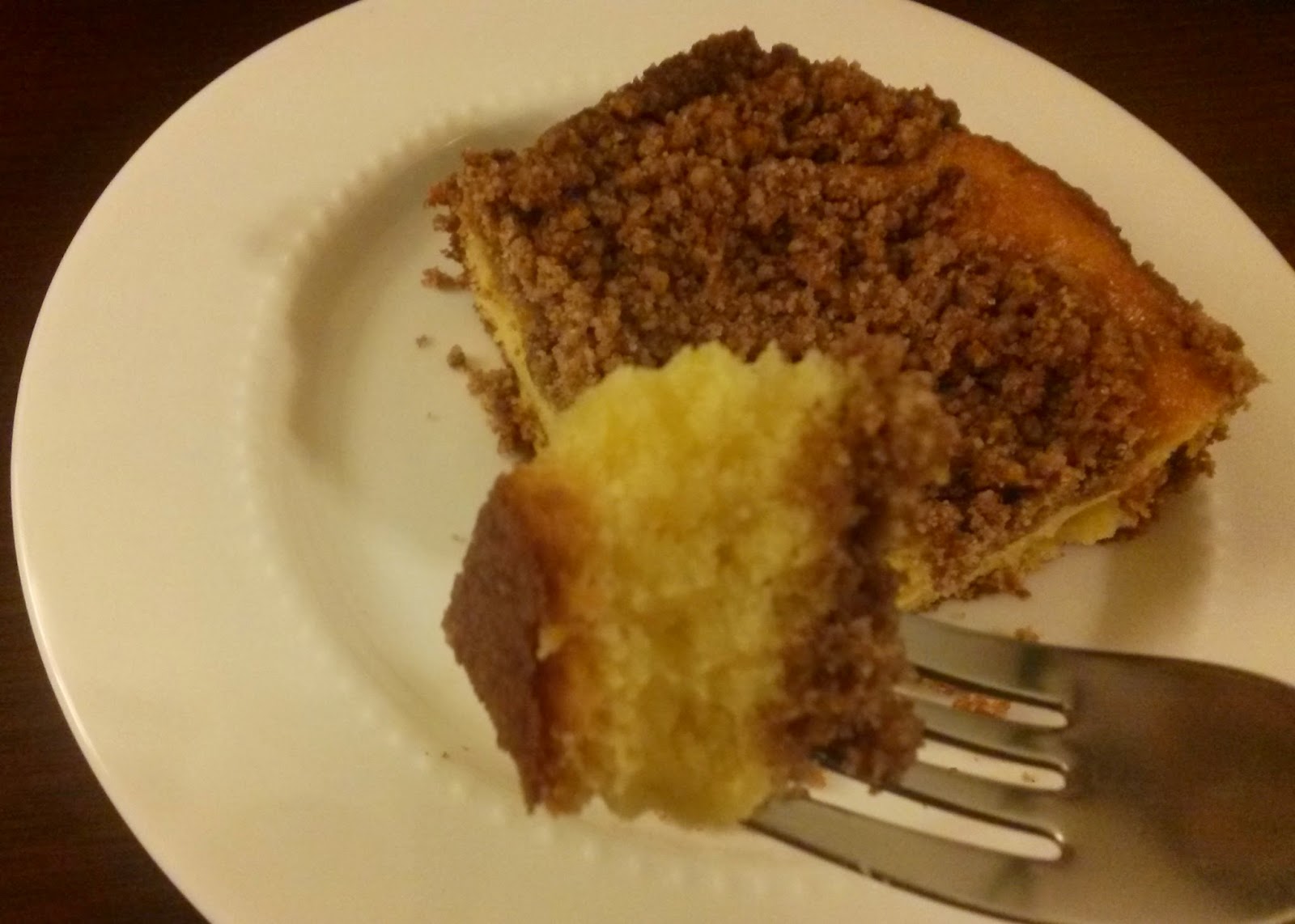 I did get some of the topping crumbly/clumpy while stirring in the bowl, but since most of it was not, I continued to work it and it lost its form. So, I added more butter (that had not been softened by sitting out a few hours since I didn't anticipate using it, but I did briefly zap it in the microwave) which only helped a bit. 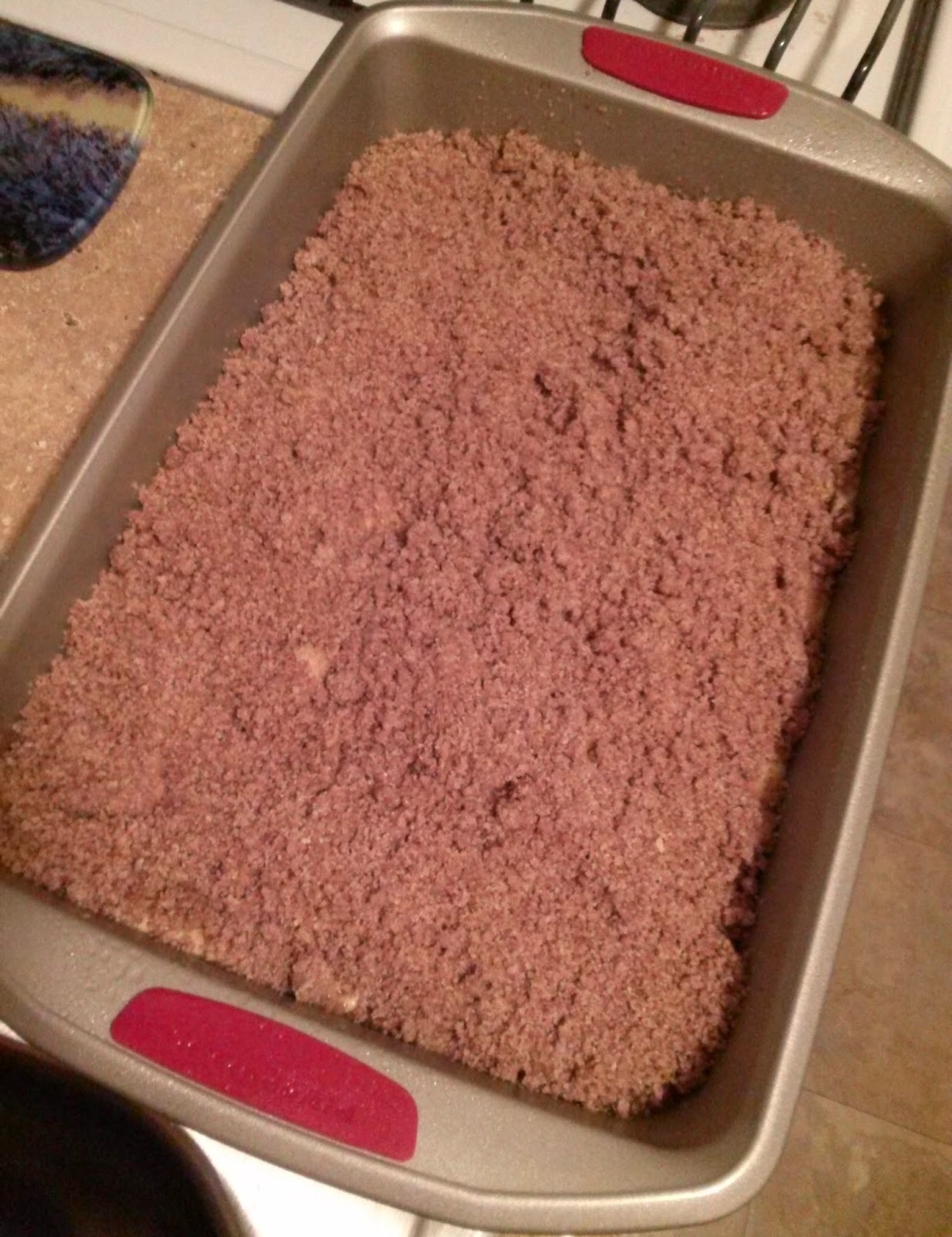 Hot out of the oven, the topping looked very wet. I try to make everything beautiful and this first attempt at coffee cake simply didn't work out. I'll do better next time. 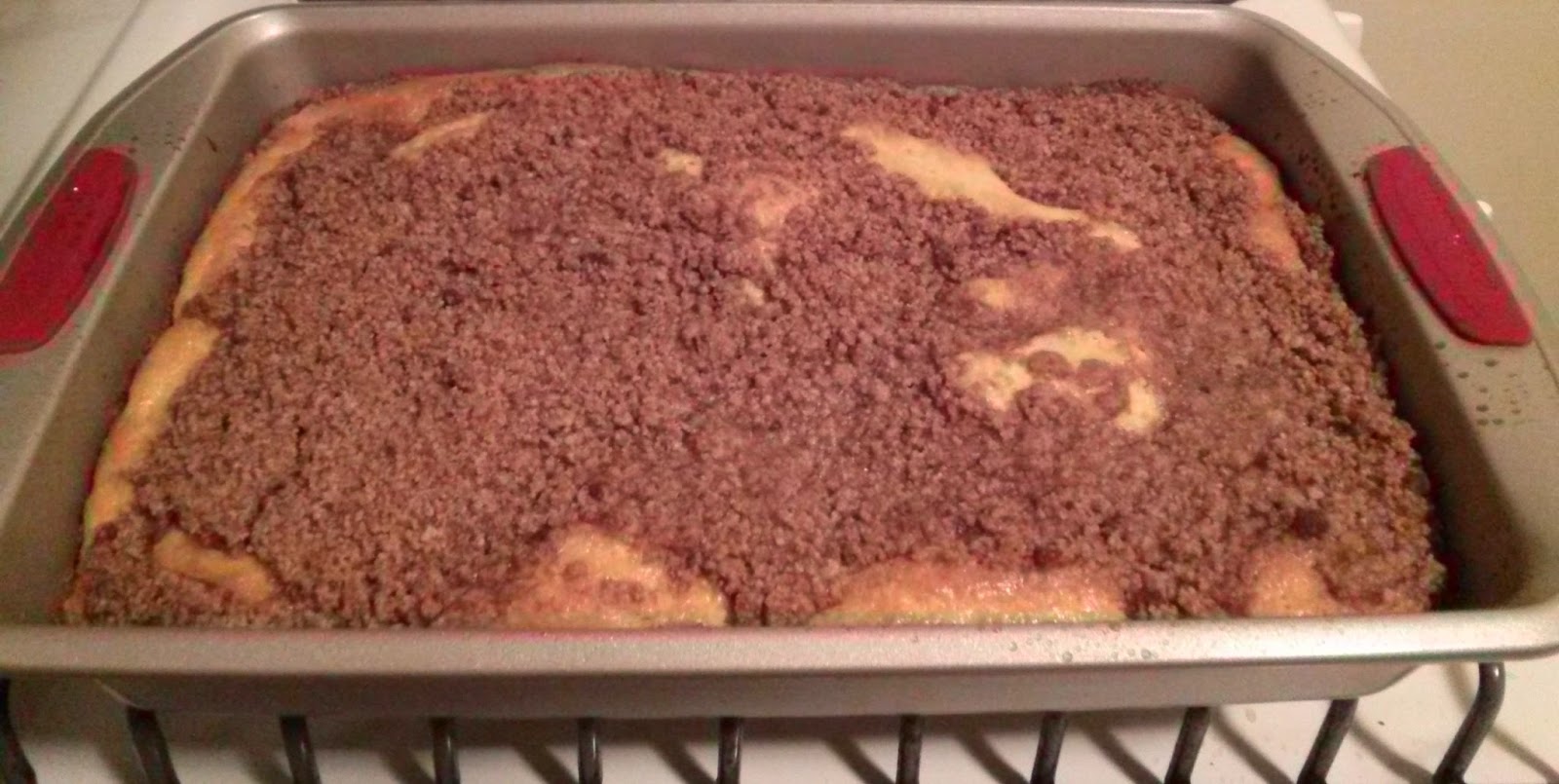 I had fun trying something new as well as singing and dancing along to The Beatles playing from my phone. Kitchens are made for dancing too.

Any recipe suggestions would be greatly appreciated. I feel like every domestic goddess needs a coffee cake!